She was built in 1876: the Sint-Laurentiuskerk. The church’s last renovation was in 1951. However, in 2012 it was announced that the church had to be closed due to weak foundations. Therefore, the last service was held in April 2014. In November 2016, a large part of the church spire collapsed during a massive fire, and precisely two years later, in November 2018, the reconstructed tower was placed back on top of the church. Earlier that year, three bronze, 800-kilo clocks were lifted out of the belfry window with much precision. Because this clock tower was going to become a hotel suite. If the guests would appreciate a wake-up service at all, it would not be by three large church bells above the luxury king bed. So, it was easy;                                            the bells had to go out.

The church has already been through a lot over the years, which is noticeable in everything during a stay in The Clock Tower. The steps of the stairs to the suite are truly worn out, the handrail is softly polished due to the many hands that hold it, and the original stones and pipes are still in the exact in the same place as they were in the original clock tower. It has been a while, but you are now finally able to sleep in the clock tower of the Sint-Laurentiuskerk, because The Clock Tower is officially delivered in April 2020

More information about The Suite

You can be guaranteed that an excellent stay is waiting for you. We will make sure that a personalized minibar will be ready for you, and the breakfast at The Clock Tower is also always included. A stay in The Clock Tower costs €495. This price also includes the assistance of a personal host, who would love to arrange anything you could wish for! 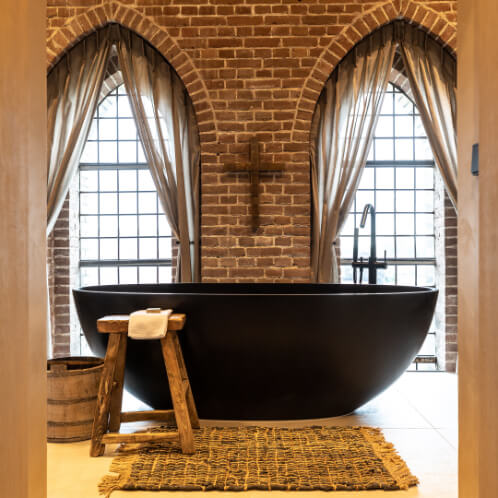 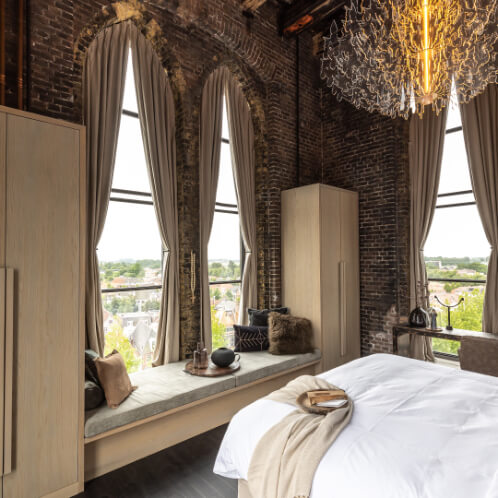 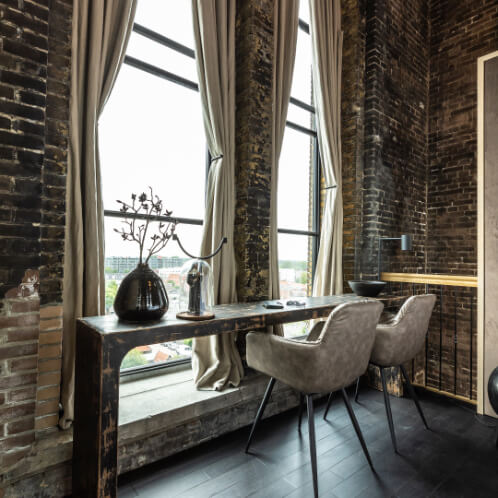